THE FLATS – For the 14th time in the history of the competition, Georgia Tech has a representative on the United States team for the 48th Walker Cup Match, which will be contested Saturday and Sunday at Seminole Golf Club in Juno Beach, Fla. Tyler Strafaci, a 2020 graduate of the Institute begins competition in the biennial competition with his team Saturday at the legendary golf club just a few miles from his hometown of Davie, Fla.

The 10th Georgia Tech alumnus or student-athlete to compete in the Walker Cup, the 22-year-old Strafaci earned his spot on the U.S. team after winning the U.S. Amateur Championship last August in Bandon, Ore., becoming the fourth Yellow Jacket player to win the national title and second in a row.

EVENT INFORMATION – The Walker Cup is contested every two years between top amateur players from the United States against a team from Great Britain and Ireland. Each of the two competition days features foursomes (alternate-shot) matches in the morning followed by singles matches in the afternoon. On Saturday, there are eight singles matches, while all 10 players from each side compete in singles on Sunday. One full point is awarded for each victory, while a half-point is earned for matches that are all square after 18 holes. The USA needs 13 points to retain the Cup, while GB&I requires 13.5 points to reclaim it. The USA won eight of the final 10 singles matches in rallying to defeat GB&I, 15.5-10.5, in the last competition in 2019 at Royal Liverpool Golf Club in Hoylake, England, and leads the all-time series, 37-9-1.

TECH’S WALKER CUP HISTORY – Prior to this year, nine Georgia Tech alumni or student-athletes have competed in a total of 13 Walker Cup matches with great success, helping the United States post a 10-3 record.

David Duval led the U.S. to victory in 1991 at Portmarnock Golf Club in Dublin, Ireland following his sophomore year at Georgia Tech. Matt Kuchar and Bryce Molder both played on the 1999 team which lost in Nairn, Scotland. Molder made the team again in 2001, when the U.S. lost at Ocean Forest Golf Club Sea Island, Ga.

HOW STRAFACI GOT HERE

Strafaci won the 2020 U.S. Amateur, edging Charles Osborne, 1 up, in the final at Bandon Dunes, and claimed the North & South Amateur, defeating William Holcomb V, 3 and 1. Strafaci, who rallied from an early 5-down deficit in the U.S. Amateur final, is the fourth player to win both championships in the same year, joining Jack Nicklaus, Hal Sutton and George Dunlap. His grandfather, Frank, won two North & South Amateurs (1938, 1939) and the 1935 U.S. Amateur Public Links. Tyler, who competed in the 2018 U.S. Open at Shinnecock Hills, has played in seven USGA championships, including four U.S. Amateurs. As a member of the Georgia Tech program through Dec. 2020, Strafaci earned honorable mention All-American and was a three-time All-East Region and two-time All-Atlantic Coast Conference (ACC) performer. He has competed in the Masters Tournament and PGA Tour’s Farmers Insurance Open this year. 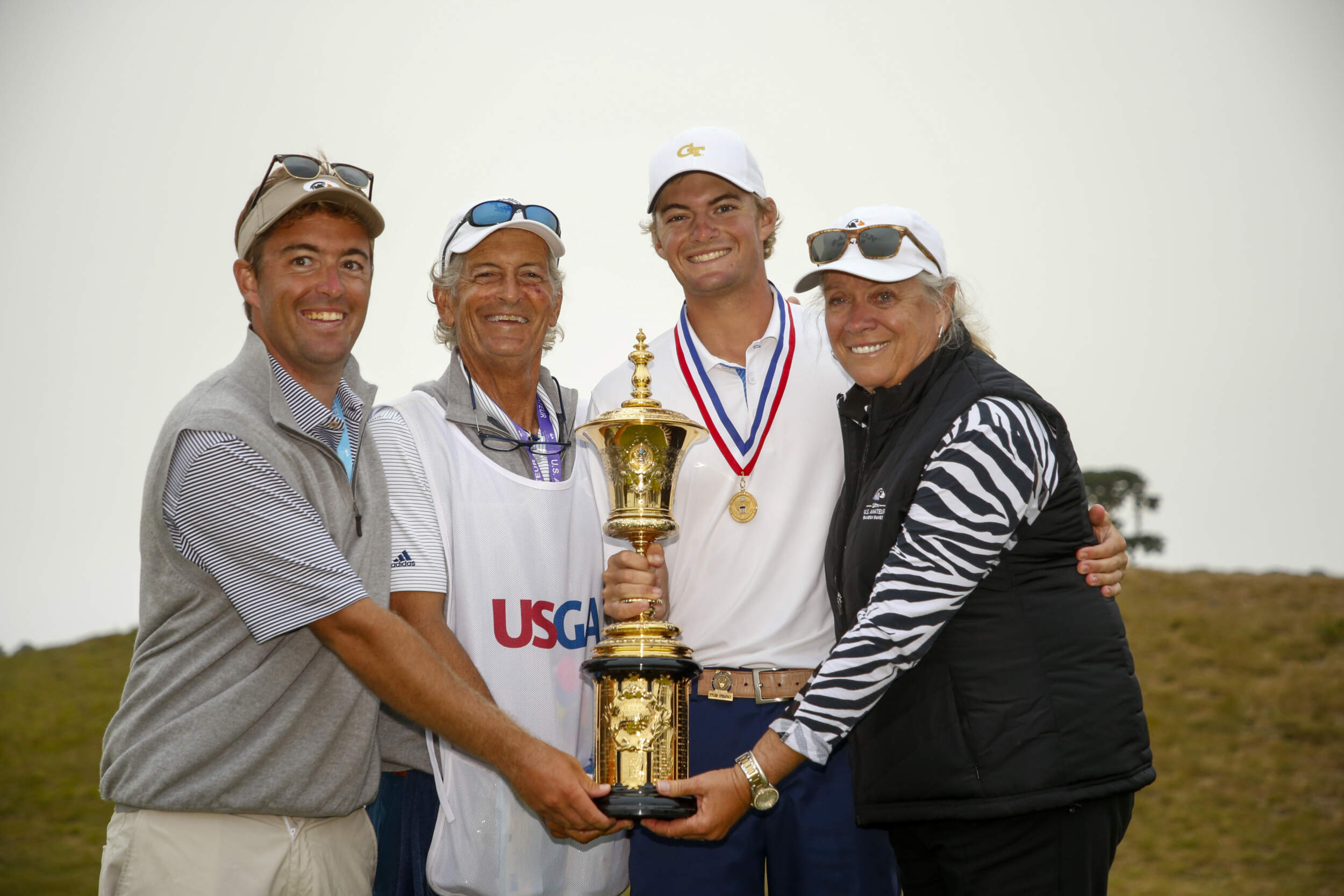 Ruth Bader Ginsburg optimistic ‘over the long haul’ for US

Lady Gaga Pulled Off One of the Best Halftime Shows Ever