THE FLATS – Making its fourth cross country trip of the spring, Georgia Tech’s golf team competes this weekend in the 52nd edition of The Goodwin, hosted by Stanford University at the Stanford Golf Course in Palo Alto, Calif.

Head coach Bruce Heppler will take five players to the tournament, no individuals. Tech has played five times this spring, more than many of the teams in the nation’s top 25, finishing third (Amer Ari Intercollegiate), first (Wyoming Desert Intercollegiate) and second (Linger Longer Invitational) in its last three events. The Yellow Jackets also have finished seventh in the Camp Creek Seminole Invitational in Florida and the Southwestern Invitational in California. The Yellow Jackets’ slate includes seven events prior to the ACC Championship near the end of April, which will be played at the Capital City Club’s Crabapple Course in Woodstock, Ga.

TOURNAMENT INFORMATION – This is Georgia Tech’s first appearance at The Goodwin, named for legendary Cardinal head coach and the second time Yellow Jackets have played an event at the Stanford Golf Course (6,732 yards, par 70), having competed in an NCAA regional tournament there in 2017. The format is 54 holes, 18 each day beginning at 7 a.m. Eastern time from both the first and 10th tees, with the low four individual scores of five each day counting toward the team total.

The field, larger than usual at 28 teams, includes only two teams from East of the Mississippi River (Tech and Florida Atlantic) and seven teams from outside the Pacific time zone. Host Stanford has won the tournament 16 times since the inaugural event in 1968. Arizona State (No. 5), Pepperdine (No. 15) and SMU (No. 19) are the highest ranked teams in the field, which also includes California, Colorado, Minnesota, Northwestern, Oregon, Southern California, UCLA, Washington and Washington State. 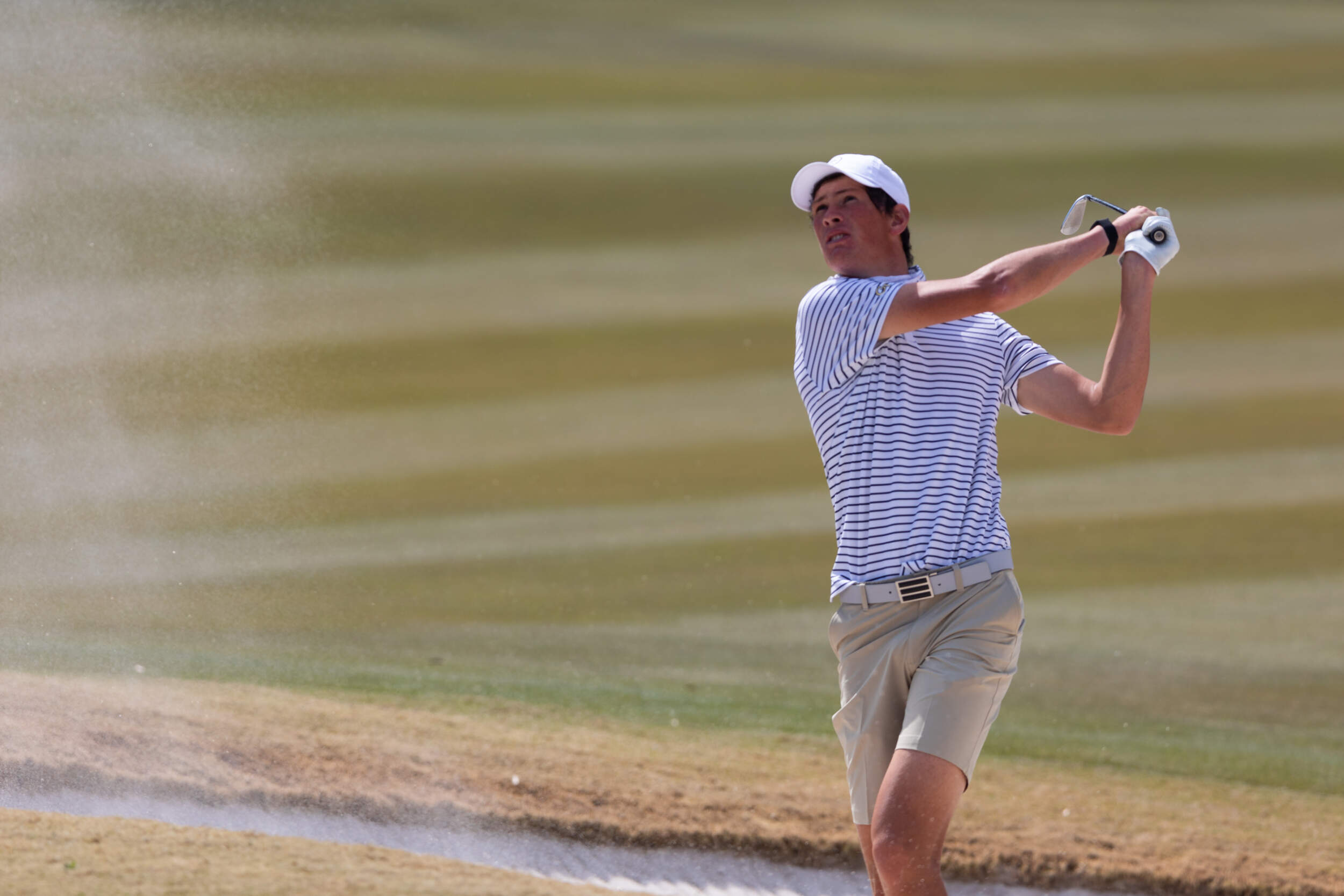 TEAM UPDATE – Heppler’s 26th Yellow Jacket team is much younger than the one whose 2020 spring was abruptly ended last March. This year’s team did not play any events in the fall and collectively had seen action in a total of 54 collegiate events – 160 rounds – prior to the start of this spring season. Tech’s two elder statesmen, senior Noah Norton (Chico, Calif.) and junior Connor Howe (Ogden, Utah), had played 118 of those 160 rounds combined. Beyond that, the rest of Tech’s roster is quite green. No player on Tech’s current team is ranked among Golfstat’s top 100 individuals – in fact, Norton is the highest ranked at No. 142.

After missing Tech’s first spring event, freshman Christo Lamprecht (George, South Africa) has been a regular on the Yellow Jackets lineup, while senior Will Dickson (Providence, R.I.) and red-shirt sophomore Luka Karaulic (Dacula, Ga.), neither of whom had played as a counting member of the lineup, also have made starts. 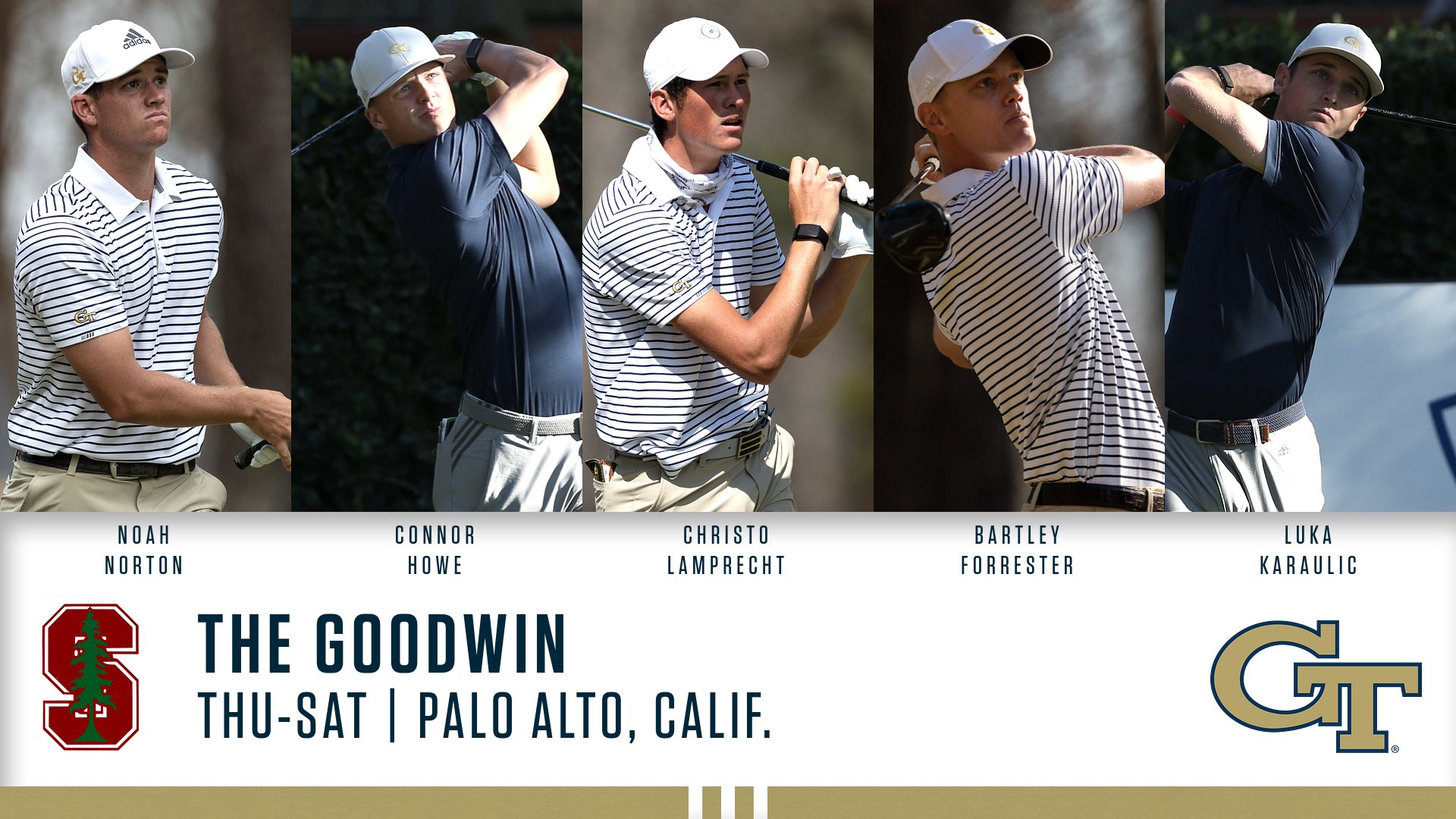 Norton – Two-time All-ACC honoree … Has top-10 finishes in each of his last three events, including a runner-up at the Wyomng Desert Intercollegiate and a tie for third in the Linger Longer Invitational, giving him 11 career top-10 finishes … Currently Tech’s scoring leader at 71.92 and is Tech’s highest ranked player in Golfstat (No. 142), Golfweek/Sagarin (No. 130) and PGA Tour University (No. 46) rankings … Advanced to match play (round of 32) at the U.S. Amateur last summer and earned his way into two Korn Ferry Tour events, tying for eighth place at the Wichita Open … No. 53 in the World Amateur Golf Ranking.

Howe – Ranked No. 269 in the Golfweek/Sagarin Index … Earned his first career top-10 finish last time out with a tie for seventh at the Amer Ari Intercollegiate and has tied for 19th at the Wyoming Desert Intercollegiate and finished 26th at the Linger Longer Invitational since then … Has Tech’s third-lowest stroke average at 72.93 … Won the Southeastern Amateur last summer and tied for ninth at the Patriot All-America in December.

Lamprecht – At 6-foot-8, he may be the tallest player ever in the Tech golf program … Ranked No. 153 in the Golfstat rankings and No. 174 in the Golfweek/Sagarin ratings … No. 2 on the team in stroke average at 72.17 and has a pair of top-10 finishes in Tech’s last two events – T-6 at the Wyoming Desert Intercollegiate and T-5 at the Linger Longer Invitational… No. 246 in the World Amateur Golf Ranking and South Africa’s No. 2-ranked amateur.

Forrester – The only member of Tech’s current team to win a collegiate tournament, sharing medalist honors at the Puerto Rico Classic last February in his second career start. He had a solid summer in amateur competition, tying for seventh place at the Palmetto Amateur and 19th at the Southeastern Amateur. His highest finish in three events this spring was a tie for 18th at the Amer Ari Intercollegiate.

Karaulic – In his third year in the program, had solid finishes in Tech’s first three events … Made his collegiate debut at the Camp Creek Invitational, tying for 25th place as the Yellow Jackets’ No. 2 finisher … Tied for 34th at the Southwestern Invitational and 18th at the Amer Ari Intercollegiate … Counted for Tech in nine of 12 rounds.

“We’re getting a lot of practice in the area, playing on courses that have the same Poa Annua grass as the Stanford course. The tournament has a similar format to the NCAA in that everyone has a morning tee time one day and an afternoon tee time one day in the first two rounds, and there are a lot of good teams in the event. It just goes back to giving our guys an experience of playing all over the United States, which is what we always promise in the recruiting process. We’ve been able to stay safe and remain in our rooms when we’re not at the golf course and not expose ourselves. It’s been a great week out here and a good experience for these guys to make up for some of the loss of not playing last spring and fall.”

Georgia Tech’s golf team is in its 26th year under head coach Bruce Heppler, winning 63 tournaments in his tenure. The Yellow Jackets have won 18 Atlantic Coast Conference Championships, made 29 appearances in the NCAA Championship and been the national runner-up four times. Connect with Georgia Tech Golf on social media by liking their Facebook page, or following on Twitter (@GTGolf) and Instagram. For more information on Tech golf, visit Ramblinwreck.com.

How Marjorie Taylor Greene Won, And Why Someone Like Her Can Win Again