Tech, ranked No. 40 in the nation in the current Golfstat rankings, was seeking its second straight tournament victory of the spring on the heels of a win at the Wyoming Desert Intercollegiate three weeks ago, but was unable to contend with a hot Charlotte team that won the tournament by 11 strokes.

TECH LINEUP – Though Tech’s four counting players Sunday piled up 22 birdies among them, it was not enough to stay with the 49ers. The Jackets amassed 71 among its five competitors for the three days to lead the field.

Norton, a senior from Chico, Calif., had nine birdies on his card, but also a triple bogey on his way to a 68, and he finished in a tie for third place at 8-under-par 208. Lamprecht, a freshman from George, South Africa, birdied six holes and had a double-bogey for his 68, and tied for fifth place at 6-under-par 209.

Sophomore Bartley Forrester (Gainesville, Ga.) fired a 1-under-par 71 Sunday and junior Connor Howe (Ogden, Utah) posted a 76 as the Jackets’ other counting scores. Senior Will Dickson (Providence, R.I.) did not count with a 76. 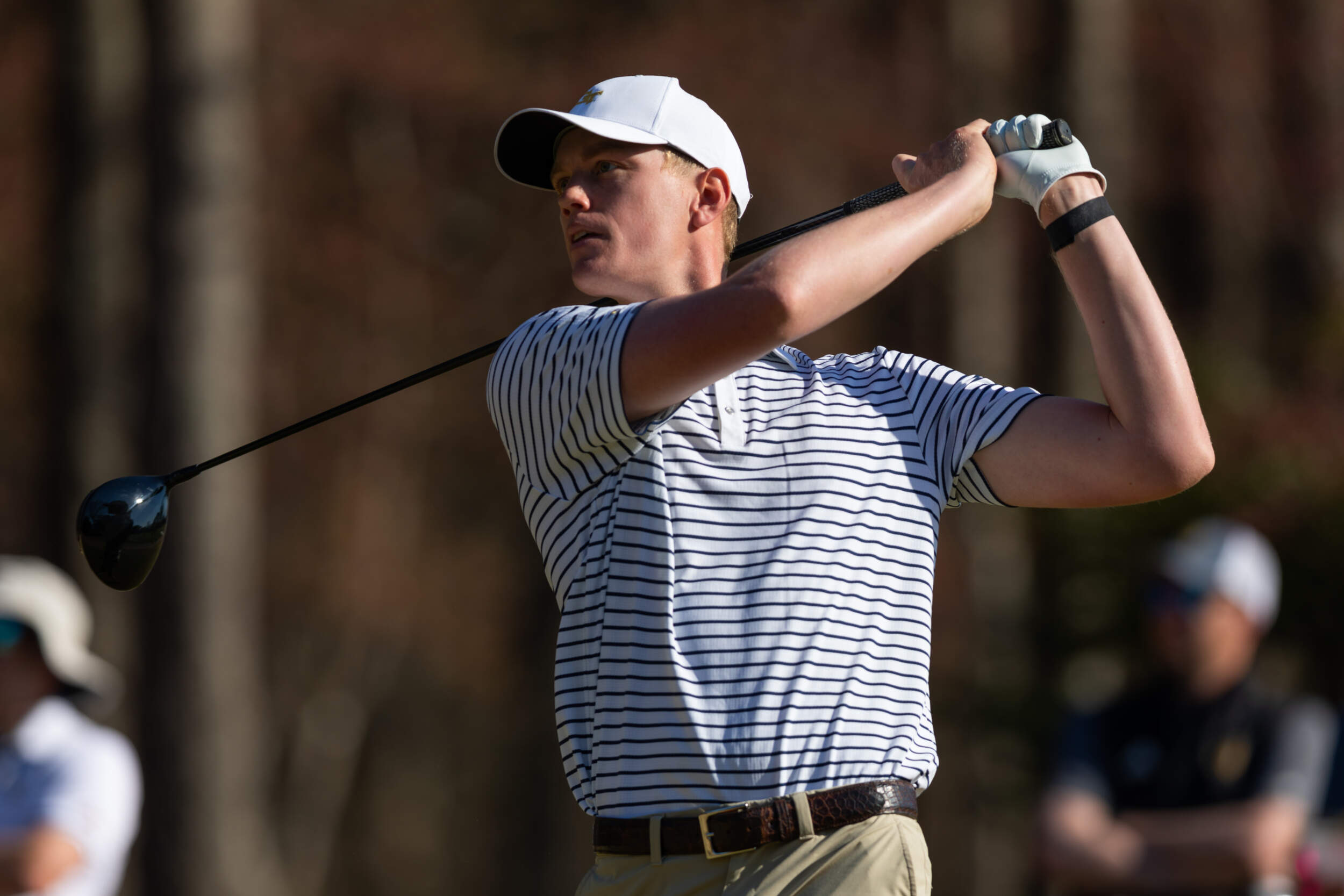 Bartley Forrester closed strong with a 71 Sunday to count for the Jackets. (photo by Clyde Click)

INDIVIDUAL LEADERBOARD – Charlotte’s John Gough captured medalist honors Sunday at 13-under-par 203 after closing with a 68. He won by one stroke over Connor McKay of Middle Tennessee State (12-under-204) after carding a 69 Sunday. 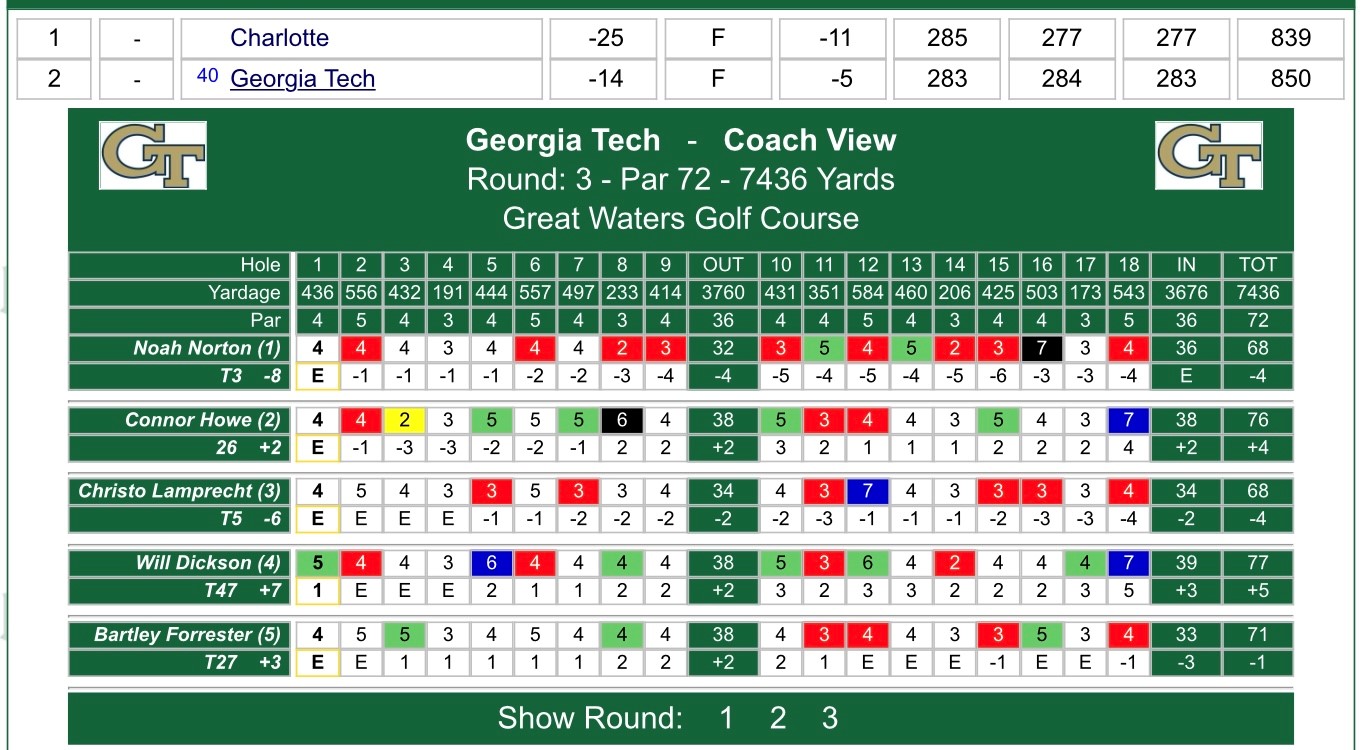 TOURNAMENT INFORMATION – The Yellow Jackets competed in this event for the second time, first since 2013. The Linger Longer Invitational was conducted at the Great Waters Golf Course, which measures 7,436 yards and plays to a par of 72.

Georgia Tech’s golf team is in its 26th year under head coach Bruce Heppler, winning 64 tournaments in his tenure. The Yellow Jackets have won 18 Atlantic Coast Conference Championships, made 29 appearances in the NCAA Championship and been the national runner-up four times. Connect with Georgia Tech Golf on social media by liking their Facebook page, or following on Twitter (@GTGolf) and Instagram. For more information on Tech golf, visit Ramblinwreck.com.

Medicare expansion is a discount compared to ObamaCare

Getting Europe’s help on China