Devin Booker had a statistical case to be an NBA All-Star in 2019 and 2020, but was left off the Western Conference ballot in large part because his performance did not lead to wins for the Phoenix Suns like his counterparts’ did. So though his numbers are down a bit in 2021, the Suns are 20-10 and the West’s fourth seed, making Booker’s absence from this year’s All-Star reserves particularly notable.

Earlier this week, Booker said of All-Star voting, “it’s just something that you never know. I don’t do too much thinking about it.” The result has to sting, however, after Booker sacrificed control of the offense a bit with the arrival of Chris Paul (who was named to the West All-Star team) and is seemingly being penalized for it by NBA coaches, who vote for All-Star reserves. 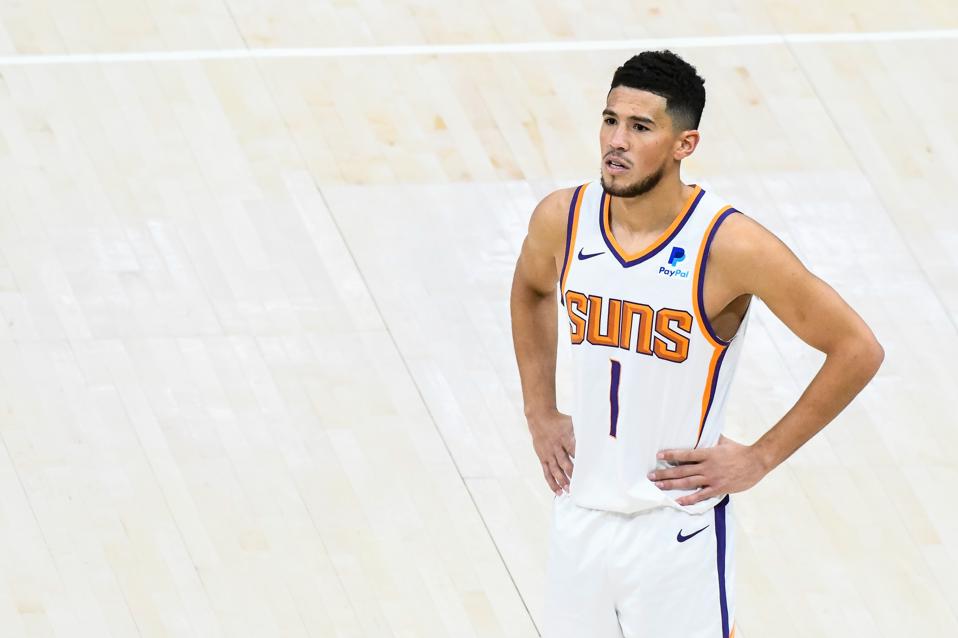 “My main focus is winning games for this team,” Booker said.

Yet even that answer belies Booker’s belief, expressed in public comments all year, that winning is what brings players respect. No stranger to criticism over “empty stats” or even the wrong way to play pickup basketball in an open gym (remember the double-teaming controversy with Joakim Noah?), Booker has been adamant that he will gain reverence around the NBA when he combines incredible numbers with success in the standings. Now that he has that second part, it calls into question why the respect did not come — at least from coaches.

Across social media on Monday as the rosters were announced, NBA stars showed support for Booker. The legendary LeBron James even called him “the most disrespected player” in the NBA.

Others like CJ McCollum criticized coaches for not naming Booker — who is averaging nearly 25 points per game on 50 percent shooting in addition to 4.3 assists — to the team for the second time, after he was an injury replacement for Damian Lillard in 2020.

Among Booker’s teammates, it wasn’t even a question whether Booker was a qualified candidate for the team.

“D-Book has shown stuff beyond an All-Star,” third-year center Deandre Ayton said. “We been knew D-Book was a bucket, but him scoring the way he’s scoring and the way he’s carrying us and leading us with his style of play is insane.”

Those would seem like the qualities befitting a winning player, the type of guy coaches would want to honor with an All-Star vote. And while the other guards who made the team besides Booker are all also on winning teams, including Lillard and Paul as well as Utah’s Donovan Mitchell and Los Angeles’ Paul George, the efficiency and consistency with which Booker has played this season made him a lock in the eyes of many.

Voting in a player like Williamson who — while entertaining — is the best player on a lackluster 13-17 team and has been a negative on defense most of the year seems to break the unwritten rules established when Booker vied for a spot earlier in his career.

Still, there is a pathway available to Booker to make the team anyway, as an injury replacement once again, this time for Lakers big man Anthony Davis, who is dealing with an Achilles’ injury. Should Booker get in ahead of Utah’s Mike Conley as a replacement, it will make him inarguably a two-time All-Star, but the frustration of the snub likely won’t wear off any time soon.

As Booker said, the depth of talent makes these votes hard to predict, but considering the overwhelming response his snub created among NBA stars and fans like, he may already have the respect he seeks as a winning player, even if coaches’ votes seem to be a lagging indicator.

The States Where Efforts To Restrict Voting Are Escalating