How to Take Better Pet Portraits

by Joseph Hwrnek
in Tech
0

How to Take Better Pet Portraits

Even if you don’t have an expensive camera, you can capture memorable images with your smartphone, the right software and a few tricks. 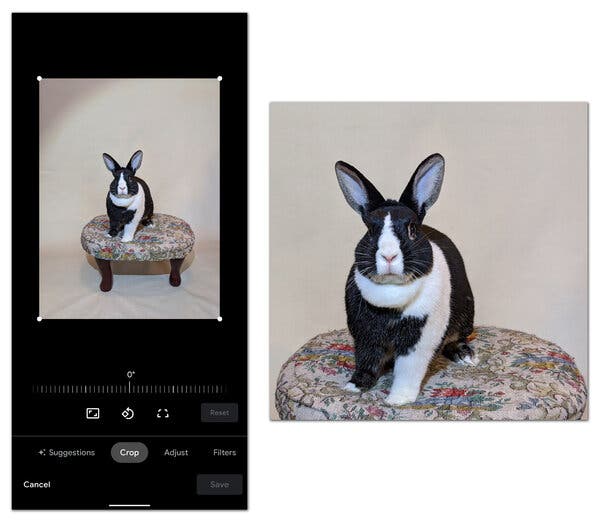 Much of the internet seems to be made of animal photos, especially pictures of cats. If it all makes you want a decent portrait of your own pet for posterity — and you can’t afford a professional photographer — just grab your smartphone.

Many recent phone models include all the hardware and software you need to take a great picture of your friend. You’ll also want to consider factors like location and lighting. And remember: Let the pet rule the photo session, and never agitate or distress the animal — just wait for his or her personality to shine through the camera lens. Here’s a guide.

Decide where you would like to create your portrait. Depending on the animal, you may get better results if you take the photo in a familiar place where your pet is likely to be calm.

If you’re going for the portrait studio approach, try taking the photos during a time of day when your animal is more relaxed, like right after a meal or on the edge of nap time. Once you pick a spot, remove as much clutter from the background as you can. A sheet or bit of fabric hung up as a backdrop can also keep the focus on your subject.

If you’d rather capture the animal’s natural bounce and liveliness, take your camera along during a regular park stroll or backyard romp so you can snap away.

Don’t forget to factor in plenty of time and patience. Animals can be unpredictable or uncooperative, so take your cues from the creature. It may take dozens of shots (or another session) to get your perfect picture.

When setting up your smartphone shot, avoid firing the flash. The unexpected pop may startle your pet, and the glare reflected in the back of the animal’s retinas usually creates eerie red or green eyes. 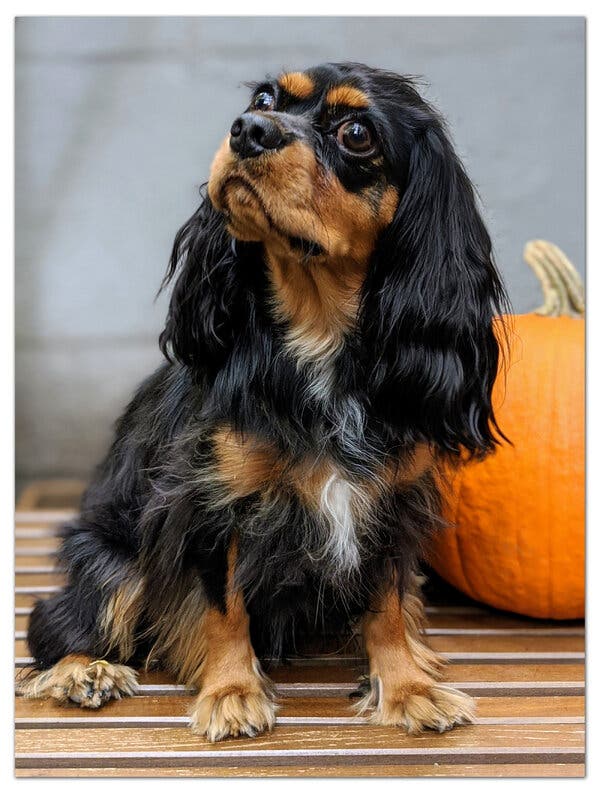 Natural light — outdoors or from a window — often works best. If you’re taking the pictures indoors, you can gently brighten the area with inexpensive clip-on lamps, but be mindful of where the shadows land and adjust the lighting positions accordingly.

While not as powerful as a digital S.L.R. camera’s, smartphone camera technology has greatly improved in the last decade. With a recent phone, you can get some of the same looks for your photos, like using the portrait mode to keep the foreground subject in sharp focus while gently blurring the background. Many of Apple’s iPhone models and Google’s Pixel phones support a portrait mode; phones by Samsung and other manufacturers have similar settings.

Some camera apps have a “burst mode,” which captures a rapid series of shots when you hold down the shutter button so you can later pick the best photo of the bunch from the camera roll. In Apple’s iOS 14 camera app, you can take a burst by holding down the phone’s Volume Up button. Google’s current Pixel phones have a burstlike Top Shot feature.

Before you start your session, make sure your camera app is set to take photos at the highest possible image resolution.

Now it’s time to actually take some pictures. Don’t be afraid to try creative angles. But positioning yourself on the pet’s level and focusing the camera on the animal’s eyes often makes for a soulful portrait.